Helping Kiwis for over 25 years

Cash Converters is the world’s largest second-hand dealer, and a market leader in pawnbroking and small loan services. We help thousands of everyday Kiwis with responsible financial solutions and continue to help more everyday. 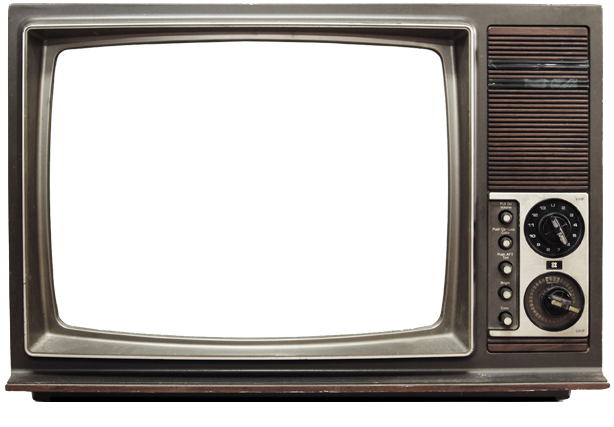 Cash Converters began as a single store in 1984, in Perth, Western Australia.

Brian Cumins and a group of partners founded the brand with a simple idea - professionally purchase second-hand goods from the public and display them in a modern, genuine retail outlet.

Fast forward to the present and that idea has grown into an international franchise system that is constantly innovating, while expanding its product offerings to include small loan lending, pawnbroking and a whole lot more.

Cash Converters began in New Zealand in 1993 and today operate 24 stores, employing more than 380 people. There are 12 corporate owned and operated stores in Auckland and Christchurch, and 12 franchise operated stores throughout the rest of the country.

A growing number of New Zealanders are significantly or completely excluded from obtaining credit from traditional banks. With household budgets that are already stretched, an unexpected expense - like a medical bill, vet bill, car repairs or a school trip for the children - can often leave people with nowhere to turn.

Cash Converters New Zealand has been meeting this need for over 25 years. During 2018, we provided 294,000 small loans to Kiwis and we continue to help thousands of Kiwis every week.

We also understand what our customers need and because we have their best interests in mind, for more than 12 years we have contributed to consumer credit reform, including the Credit Contracts and Consumer Finance Act (CCCFA) and the associated Responsible Lending Code.

This initiative encourages the public to record serial numbers of household and personal items on an online database, which dramatically increases the chances of having stolen goods being returned to their rightful owners.

It is an effective deterrent and reduces the risk of theft and burglary.

There are some common myths about Cash Converters and the short-term loan industry. Here we bust those myths and look at the reality behind them.

Myth: It’s too easy to get a Cash Converters Personal Loan

Reality: Cash Converters don’t take security and bear the entire risk associated with our Personal Loans, so it doesn’t make sense to approve a loan we think our customer can’t afford to repay.

Just like banks, Cash Converters must review our customers’ financial circumstances to ensure they are eligible for a loan, including proof of income, household expenditure, identity and residence.

This means a $500 Cash Converters Personal Loan carries the same assessment and compliance obligations as a $500,000 loan.

Myth: Cash Converters provides loans that cannot be paid back

Reality: If that was true, we’d be out of business. We make a loss when a loan is not paid back.

Our approach centres on shared responsibility between us and our customers. Unlike most lenders, Cash Converters bear the entire risk associated with our Personal Loans. Customers do not provide any form of security. Our products are well suited to our customers who sometimes need a little more support and understanding.

This model strongly incentivises Cash Converters to ensure our customers are able to pay back Personal Loans.

Reality: Our most common customer is mid-thirties, full-time employed, female and earns nearly the median national wage. Often they just need some extra cash to help with unexpected expenses, like a medical bill, vet bill, car repairs, or a school excursion for the children. Our customers come from all walks of life, as the need for convenient, responsible and accessible small loans are attractive across a spectrum of New Zealanders.

Cash Converters is aware of unscrupulous practices by fringe and mobile lenders. We support measures which better protect consumers and which do not restrict access to credit from legitimate providers.

Reality: Cash Converters follows responsible lending obligations and will only ever lend customers an amount they can afford to repay, which means our Personal Loans cannot trap customers in a debt spiral.

Loan sharks don’t like Cash Converters; we are a greater threat to them than regulators are. We provide legally compliant, responsible products they simply cannot compete with.

Reality: Small loans come with so much regulation and consumer protection that compliance represents the dominant cost of a small loan. New Zealand has strong consumer protection in place. Legitimate lenders like Cash Converters comply with the same raft of regulations that apply to traditional banks and large finance companies.

Myth: More rules and regulations are needed for the small loan industry

Reality: Small loans are regulated by a robust set of consumer protections, including the Responsible Lending Code. Lenders are licensed and policed by the Commerce Commission. Consumers have access to no-cost dispute resolution services if needed.

Cash Converters is supportive of moves to curb undesirable conduct and believes credit availability and consumers’ right to choose legitimate lenders should be retained. Restricting access to legitimate small loan providers would provide immediate opportunity for unlawful lenders including gangs and loan sharks.

Cash Converters New Zealand is in good standing with the Commerce Commission and is not subject to any legal action. Cash Converters has a 25-year reputation for transparent, responsible and ethical conduct in the New Zealand market.

Reality: Thieves have to be pretty stupid to try and sell to us. Every purchase is captured on CCTV and proof of identity is required. Our processes assist Police to apprehend thieves resulting in few stolen goods being presented at our stores.

Every week Cash Converters stores, countrywide, voluntarily provide their local Police with details of every item purchased, including make, model and serial numbers. If any are found to be stolen, they are voluntarily handed over to Police, at a loss to the store.

Nationally Cash Converters has a letter of agreement with New Zealand Police which has been in place since 2004 and we are a long-term financial supporter of SNAP (Serial Number Asset Partnership).

Learn more about our close relationship with the New Zealand Police.